Linne's work investigates core issues of life and the condition of being a human through creating live-action with her body. Her performances often test the corporeal and mental limits of herself, questioning the social manners and learned norms of behaviour. By using her body as a tool of creating powerful live-images, Linne considers performance as an opportunity to express herself in her ongoing examination of the ideas of freedom and conventionality of thought. At the heart of her work is an encounter and exchange between people: a possibility to initiate alternative and bold thinking processes. 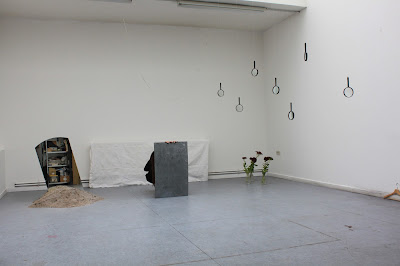 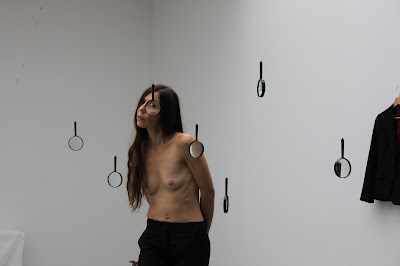 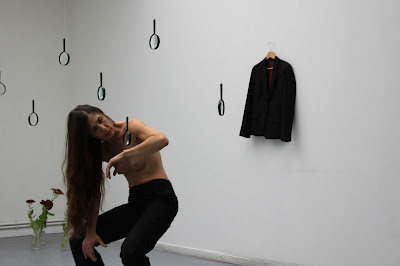 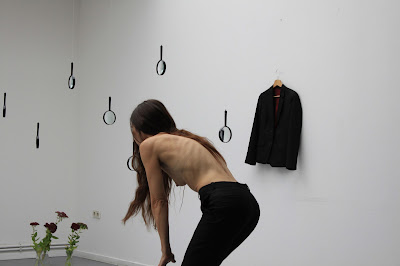 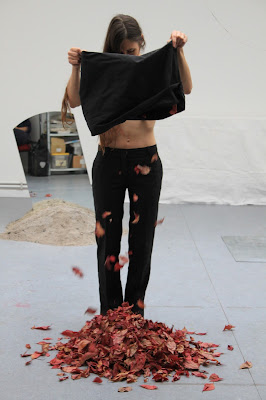 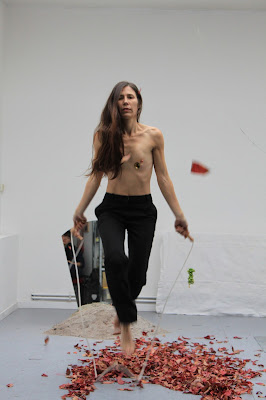 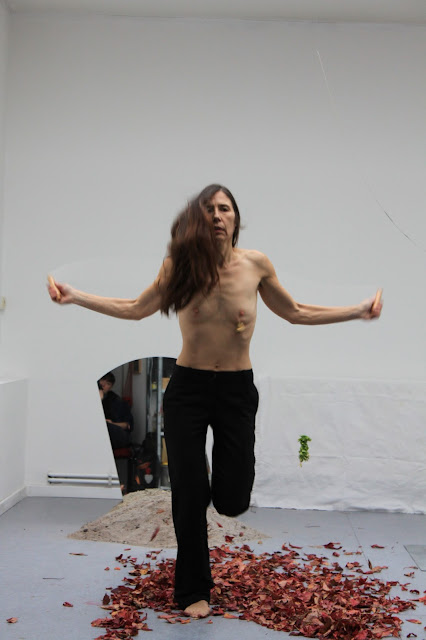 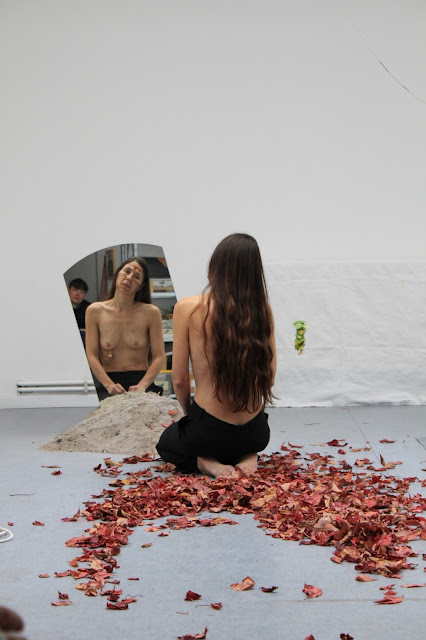 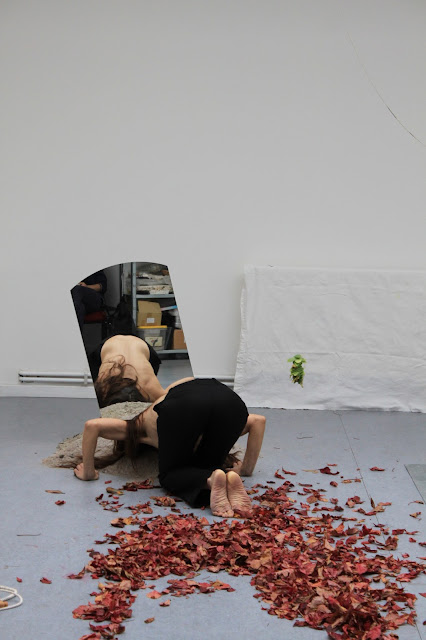 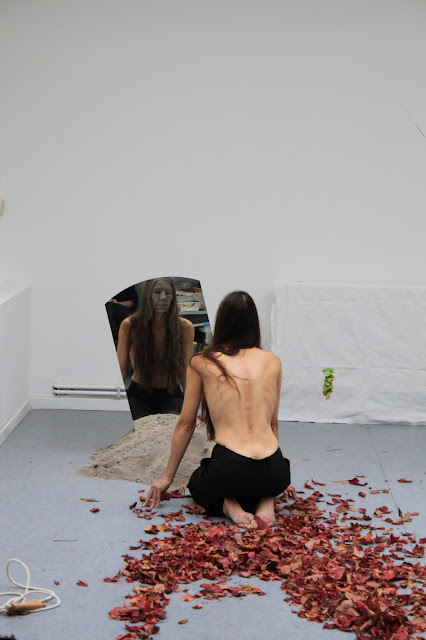 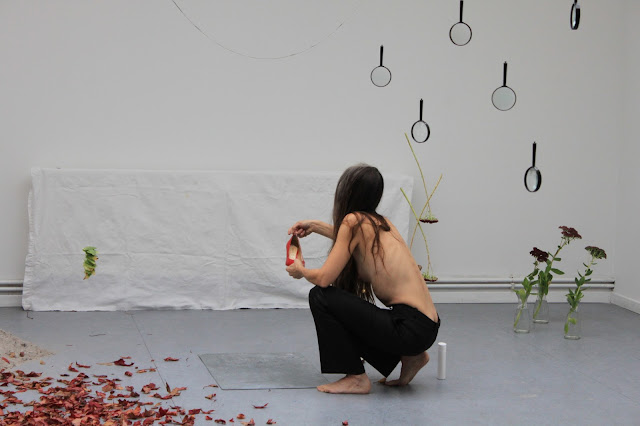 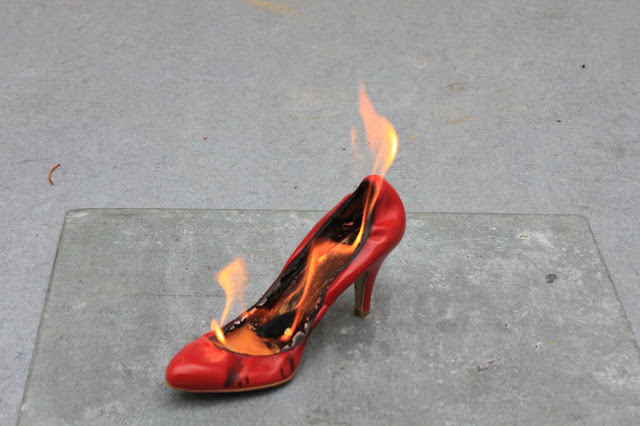 The following text "Phoenix fragments - notes from the travelling islands - 23.10.2017" was written after the performance of Beate Linne by ogyyst. (original language German)